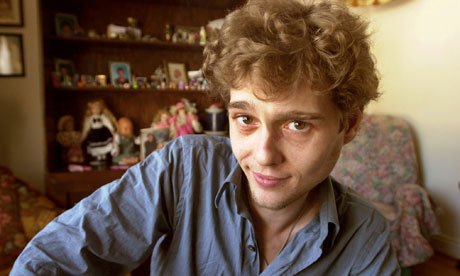 David Reimer was born in 1965 as a boy named Bruce. He had an identical twin, Brian. After a botched circumcision at the age of eight months, David’s parents decided to raise him as a girl at the advice of psychologist John Money.

A mishap during the circumcision–where doctors were using the unconventional method of cauterization–had left Bruce’s penis burned beyond repair. Concerned about their child’s future, Mr. and Mrs. Reimer were referred to Dr. Money, the world’s leading expert on gender identity at the time.

Money was a strong proponent of “gender neutrality”, the theory that a child’s gender identity develops primarily through culture and experiences rather than genetics. In his mind, gender was a socially constructed phenomenon–children would learn to associate themselves with one gender or the other depending on their social influences during childhood.

He had recommended a surgical sex change for Bruce, convincing the parents that it would be their best chance at giving their child a relatively normal life. Following his advice, Bruce was renamed Brenda, and the parents took on the formidable task of raising their once-male child as a girl.

This was an unprecedented experiment–nothing like this had ever been attempted before on an otherwise developmentally-normal child. From a scientific point of view, this was also the perfect experimental test of the influence of genetics versus upbringing–Brenda’s identical twin Brian was a nearly flawless control, sharing not only genes but a common family environment as well.

No one was certain how the experiment would turn out, but Dr. Money, given his interest in the area, was extremely confident in its success.

Dr. Money’s interest in testing his theories had some bizarre implications that some outsiders might consider to be borderline criminal.

He believed that one of the keys to developing a “healthy adult gender identity” was to expose the twins to pornography at a young age. As such, during his therapy sessions, he would show the twins images of nude children–both boys and girls–as well as adults engaged in sexual acts.

But Dr. Money went further than that, pushing the boundaries of what could be considered therapy. Another of his theories was that something he called “sexual rehearsal play” was important for gender development–for the twins, it meant that they would be imitating sexual situations appropriate to their “desired” gender.

At the age of six, the twins were made to practice “thrusting movements and copulation” by, for example, getting Brenda to “assume a position on all fours” as Brian placed his crotch against her buttocks from behind. Other times, Brenda was forced to lie on her back, legs spread wide, with Brian lying on top of her. On at least one occasion, Dr. Money took Polaroid photographs of the twins in these positions.

Of course, none of these highly sexual therapy sessions were run in the presence of Mr. and Mrs. Reimer.

Through the 1970s, Dr. Money published his findings as he continued to observe the twins’ development. His reports always indicated the same result–that the sexual reassignment was a major success. According to Money, both Brian and Brenda were happily living and acting in ways appropriate to their assigned genders.

His results were widely accepted and seen as revolutionary throughout the field of psychology. Textbooks were rewritten to include a story about Bruce’s successful sexual reassignment, and Dr. Money was featured in Time magazine for his groundbreaking experiment. As his fame grew, so did the acceptance of his theories, and the popularity of sexual reassignment procedures soared.

The Other Side of the Coin

It was not until nearly thirty years later that the reality was known, when David–outraged that stories of his supposed success were legitimizing the practice of sex reassignment–decided to tell his story.

David’s childhood, as Brenda, was fraught with difficulty, frustration, and depression. Starting from the age of two, an age at which infants are still barely capable of any kind of abstract thought, Brenda rejected her femininity. She tore off her dresses, tossed aside her dolls, and fought physically with her brother over toy cars and guns. Throughout school, she was bullied mercilessly for her peculiar masculine traits. When she complained to her teachers and parents that she felt like a boy, she was simply told–under Dr. Money’s orders–that it was a phase that would eventually pass.

But that phase never passed. At the age of 14, exhibiting serious signs of suicidal depression, her parents became convinced that Brenda should learn the truth behind her internal conflict. It was on the way home from a therapy session one afternoon that her father–taking her on a suspicious detour to get ice cream–broke the news.

As David recalled years later, it was at that moment that everything suddenly became clear, finally realizing that he was not meant to be a girl. At last, he understood the reason for his struggles, and became determined to regain control of his gender identity–he decided he would live as a boy.

For years after this decision, he would endure several surgeries and testosterone injections to try to undo the changes that had been made to his gender through his childhood. And it was during this time that–seeing in his situation a colossal struggle to overcome the forces against him–he named himself David, after the biblical character who vanquished the mighty Goliath.

But his quest to repair his gender identity left him in a constant state of depression. His surgically constructed penis was not quite functional, and he knew he would never be able to have children. And despite his new life as a boy–and a handsome one at that, attracting a good deal of female attention–he had not the confidence to take relationships very far due to his impotence.

He attempted suicide twice; one time, finding him unconscious from an overdose of antidepressants, his guilt-ridden parents debated for a few moments whether they should even save him or allow him to end his misery.

One positive highlight of his life came in 1988, when he met his soon-to-be wife, Jane Fontaine, an acquaintance of his twin brother. She knew from the start about his condition, but it did not bother her–she was looking for love, not lust. They quickly fell for each other, and by the end of 1990, they were married.

The years following the marriage were anything but easy. Misfortunes piled on misfortunes, leading David on a long spiral down into insecurity and depression.

David often had sudden bursts of anger due to his memories of childhood and long-ago therapy sessions with Dr. Money. He was conned out of $65,000 through a shady investment in a golf course. He was insecure in his marriage, fearing that Jane would leave him. He lost his full-time job and lived on money from a book deal and a prior settlement over his botched circumcision. Over the years, his twin brother developed schizophrenia and in 2002, died from an overdose of antidepressants.

But the final straw came fourteen years after the marriage when Jane, growing frustrated with David’s increasing emotional distance and uncontrollable emotions, asked if they could separate for some time. Though she assured him she was not looking for a divorce–as she still loved him–his pent-up insecurity and feelings of inadequacy were overwhelming, and he stormed out of the house.

Several days later, David was found in a grocery store’s parking lot, dead, where he had shot himself in the head with a sawed-off shotgun.

Could this tragedy have been prevented? What was the cause of David’s gender crisis? Was it merely genetics that caused Brenda to reject her female role?

Genetics certainly played a significant part, but it cannot be said that David’s upbringing played no role. After all, there was the trauma of his therapy sessions and the incessant bullying–it would not be unreasonable to think that these events contributed to his sense that he did not exactly fit in the role he was given.

It was perhaps the combination of all these extreme forces, in nature and in nurture, that conspired to create the precise set of inescapable misfortunes in David’s life. In the words of psychologist David Myers, “What biology initiates, culture accentuates”. And so it was that David, born a boy, struggled to remain a boy in the face of rejection as a girl.

But the question remains: is there any combination of environmental factors that could have allowed this boy to grow up happily as a girl?

In this particular case, it seems rather unlikely, given that he rebelled against his assigned gender even at a mere two years of age. But for other boys more predisposed to femininity (or girls more predisposed to masculinity), it may be possible with a suitably supportive environment. After all, we now see plenty of cases of people who, despite being born biologically into one gender, desire to be members of the other.

In fact, in a study of fourteen boys who had undergone sex-reassignment surgery during the height of Dr. Money’s fame, five were comfortably living as girls (six identified themselves as males, and the remaining three were uncertain).

We have learned a painful lesson from David Reimer’s story, now cited in the updated textbooks of today’s psychology students: nature can sometimes be a force stronger than nurture–and in those instances, that force is best not tampered with.

Next story: The Pleasure Center

Colapinto, John. As Nature Made Him: The Boy Who Was Raised as a Girl. Harper Perennial, 2001.